Difference Between Outsourcing And Offshoring Outsourcing and offshoring are both very important service sectors in the modern business world. Both provide organisations all over the world with the option to outsource specific business functions and processes or set up offshore business units in hopes of optimising their business operations and increasing their profit.

Both offer services beneficial to many companies and organisations, however, many still tend to confuse both these terms whereas, in reality, both trades are unique in their own right. Many people tend to think of offshoring and outsourcing as the same thing. Sometimes they are even used interchangeably. However, the two terms are vastly different.

The terms outsourcing and offshoring may be coined in the modern world but these practices have been around for decades.

In the last few decades, a huge boom for these services is seen. Many companies looked into outsourcing certain things especially short-term projects to avoid disrupting the flow of work of their workers. As for offshoring, it can simply be explained as taking a company on a multinational level. It begins with growing a start-up company from anywhere around the globe and opening business expansions or offices in another country much later on. Who Does The Work?

Offshored services, on the other hand, is completed by the company’s workers. The only difference is that these services are accomplished in a foreign country. In offshoring, you have the power to hire, fire, and delegate tasks between your employees. You have control over the processes, making it easier to build more efficient ways to accomplish the tasks.

For example, there’s a difference between outsourcing support services and offshoring customer support. Outsourcing means you’re looking for a third-party provider to accomplish this specific task for your company, taking a hands-off approach in most of the processes and workforce management. For offshoring, it means delegating the support services of company A to your company B.

Offshoring is always accomplished outside the local area of the business, thus the term offshore. It’s mostly done in foreign countries for either less expensive workforce and material cost or for taking advantage of advanced technology and services.

Does the same thing apply to outsourced services? Yes and no. Many fail to realise that outsourcing can be accomplished using the services of nearby companies, it doesn’t necessarily have to be done abroad. Outsourcing simply means outsourcing to third-party providers, internationally or locally.

Reliance: Who Is The Boss?

Au contraire, you are the boss in offshoring. You have the power to manage your staff and directly communicate with them. As the boss, you don’t have to rely on anyone and have access to freely speaking to your employees to discuss goals and tasks to be accomplished by the business.

There are similarities and differences between outsourcing and offshoring. There is no doubt that the similarities are the reason why these terms are continuously used interchangeably. Hope this quick read helped you differentiate the two and appreciate their unique and distinct concept between them.

Choosing either of the two is both beneficial for nay business. However, it’s best to see which one fits your business structure more and which one offer greater benefit to your company!

Shore360 is proudly certified by the Department of Labour and Employment as compliant with the minimum public health standards set by the government and uses its contact tracing with StaySafe.ph. Outsourcing Models: Which is Right for your Business? Why Outsourcing Is Good For The Business

There are reasons why venturing in outsourcing is a good move for a company. Learn which reasons will convince you to look into outsourcing some of your processes NOW! 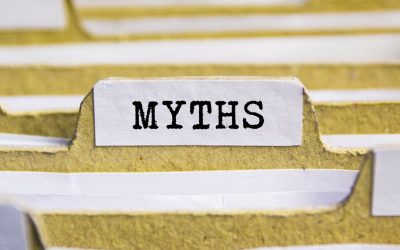 Various myths have dominated the industry. However, the truth is that outsourcing works! Stop falsely believing and learn which Outsourcing Myths you should stop believing! Look No Further. Get Started Today!